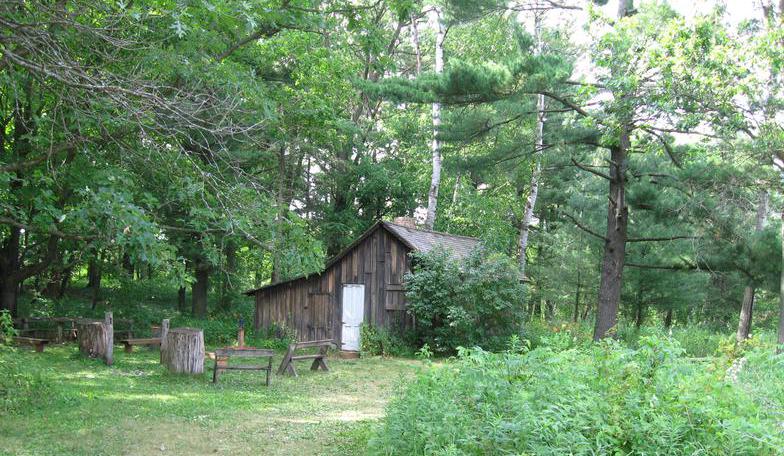 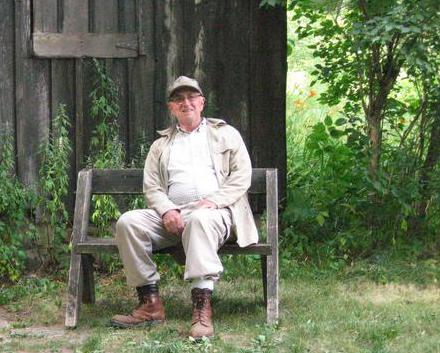 "There are some who can live without wild things, and some who cannot."  A SAND COUNTY ALMANAC
THREE-MINUTE VIDEO ON ALDO LEOPOLD / LAND ETHIC
ERNEST HEMINGINGWAY IN KETCHUM
"FOR WHOM THE BELL TOLLS" 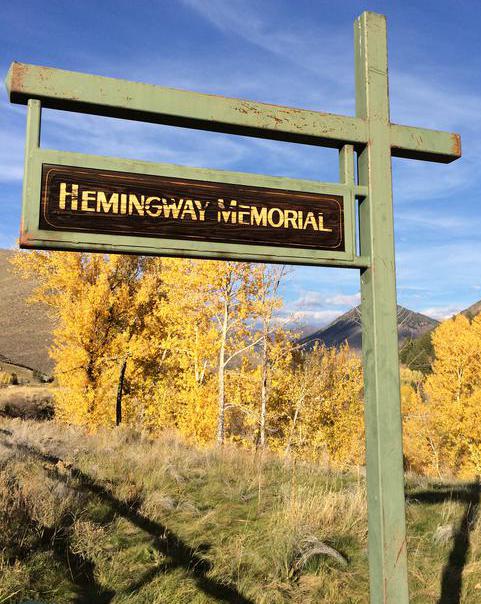 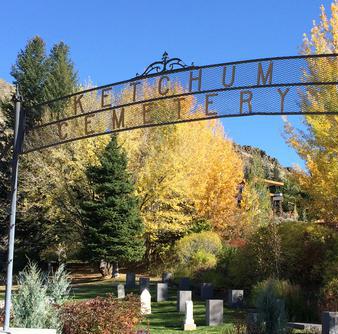 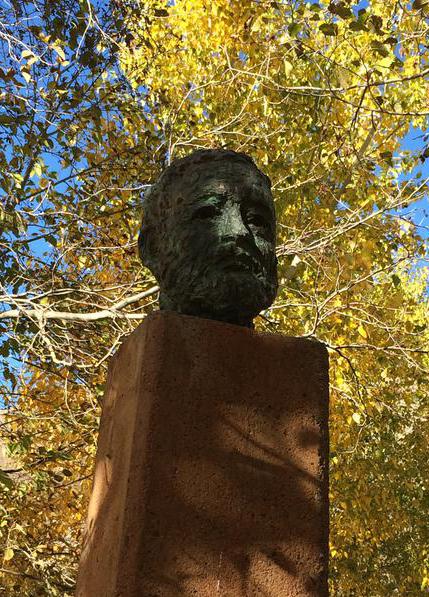 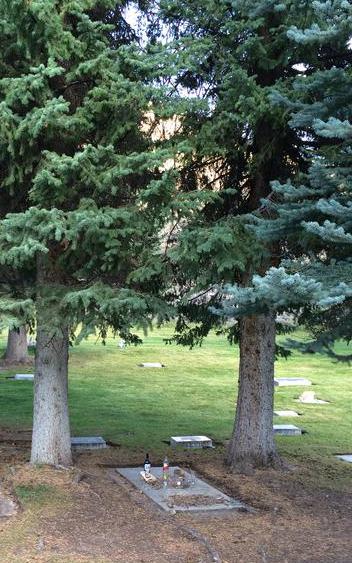 Ernest Hemingway died in Ketchum, Idaho, of a self-inflicted gunshot wound at the age of 61.  He is buried in the Ketchum Cemetery along with his fourth wife Mary, his son Jack, his niece Margot, and some of his hunting buddies.  Hemingway was born in Illinois and spent time in Michigan as a young man.  He won the Nobel Prize for literature in 1954.   Nobel Prize Speech 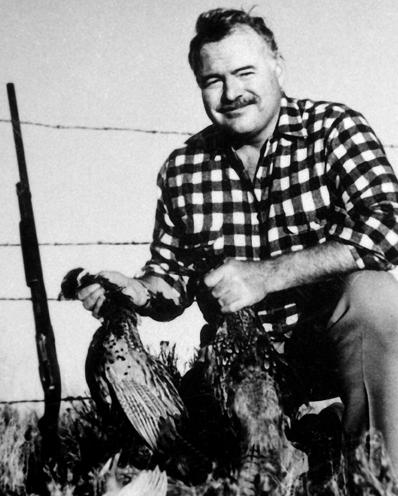 DINOSAUR NATIONAL MONUMENT
(the dream of archaeologist Earl Douglass)
One of the best-preserved skulls of an Allosaurus.
Found in 1924.  On display in the Quarry Exhibit Hall.
“We reached the old wolf in time to watch a fierce green fire dying in her eyes. I realized then, and have known ever since, that there was something new to me in those eyes – something known only to her and to the mountain. I was young then, and full of trigger-itch; I thought that because fewer wolves meant more deer, that no wolves would mean hunters’ paradise. But after seeing the green fire die, I sensed that neither the wolf nor the mountain agreed with such a view.”
​"We abuse land because we regard it as a commodity belonging to us.  When we see land as a community to which we belong, we may begin to use it with love and respect." 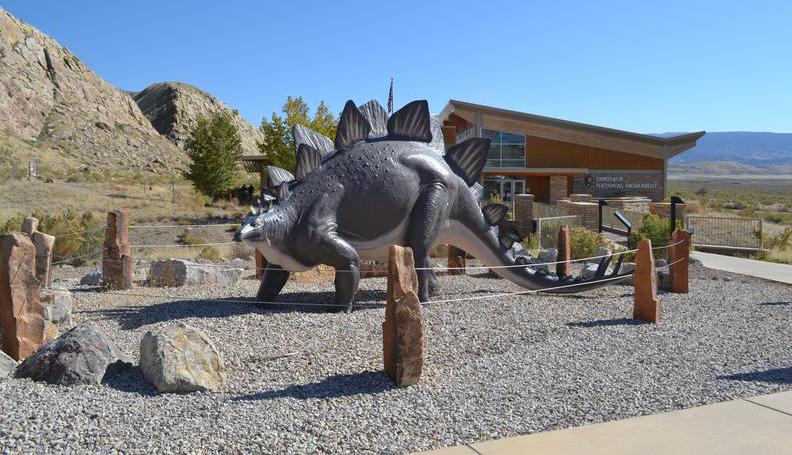 Dinosaur National Monument is located on the edge the Uinta Mountains on the border between Utah and Colorado.  Although most of the monument is in Colorado, the fossil sites and the Quarry Exhibit Hall are in Utah. 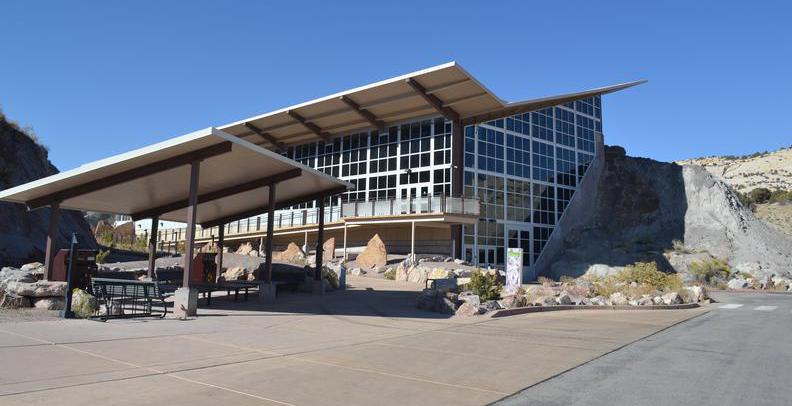 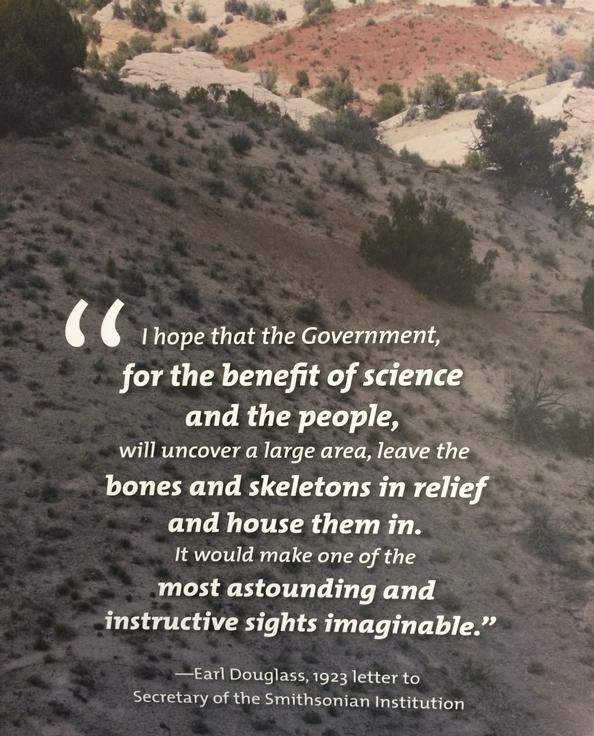 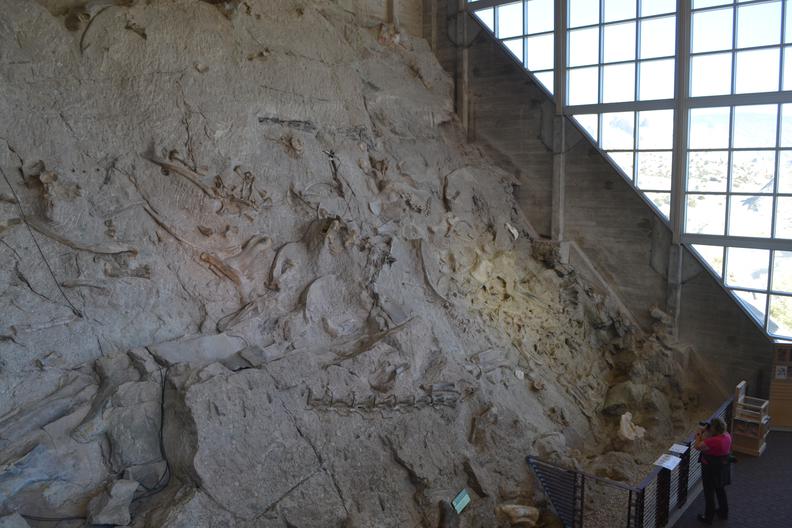 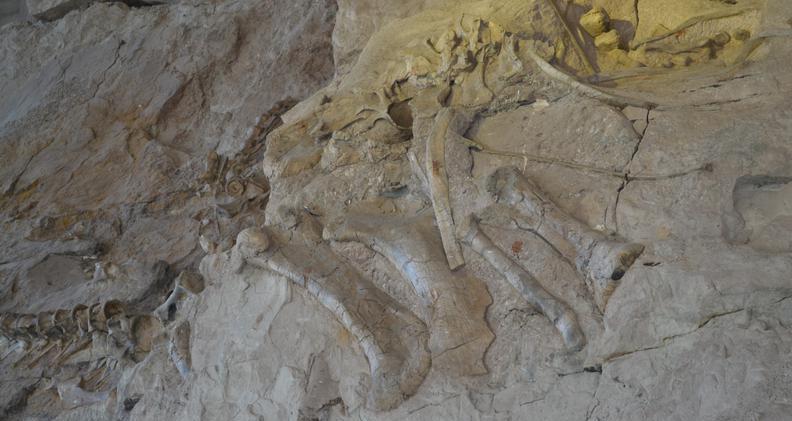 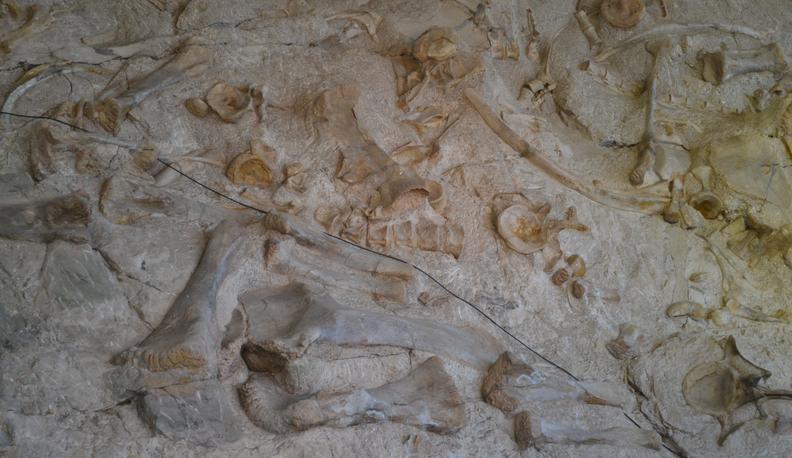 The National Park Service made the dreams of the world-famous archeologist come true when they excavated the site according to his wishes and built Quarry Exhibit Hall.
The Quarry Exhibit Hall contains the remains of ten different dinosaurs, including the Allosaurus, which roamed Utah  150 million years ago. 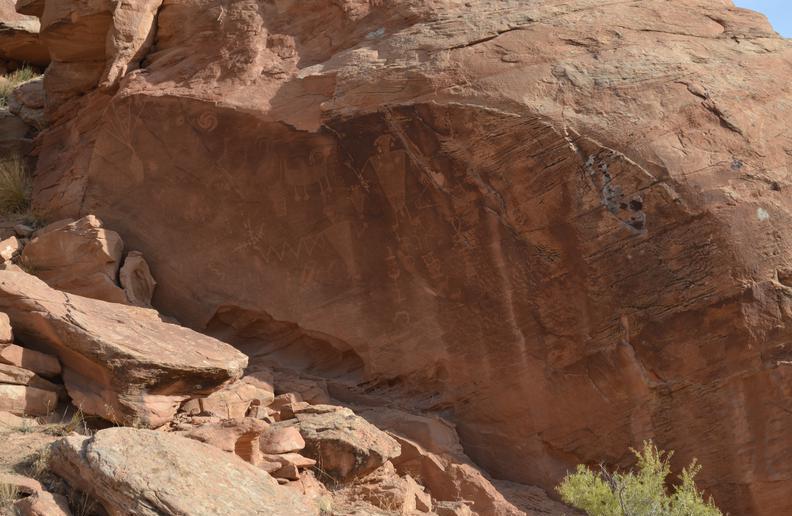 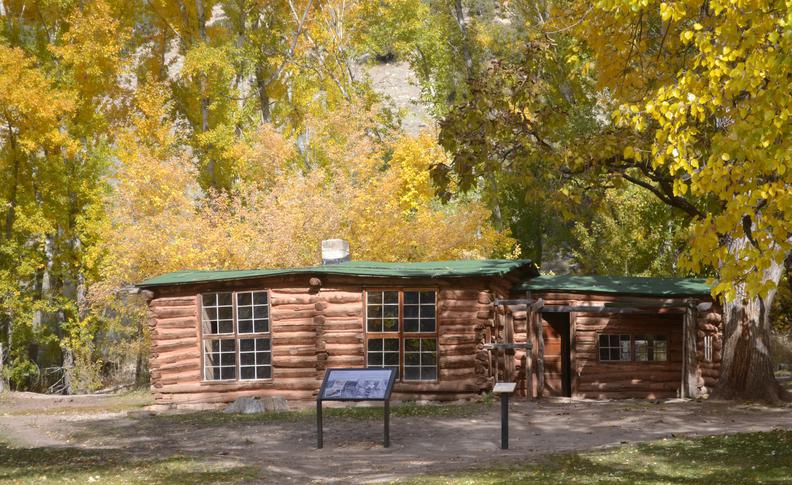 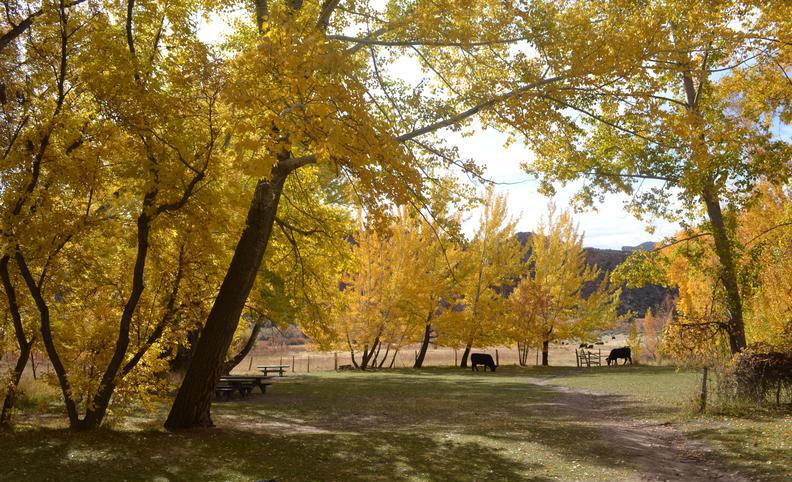 Josie's backyard and some of the cattle from a the nearby Chew Ranch, which still has grazing rights on parts of the monument. 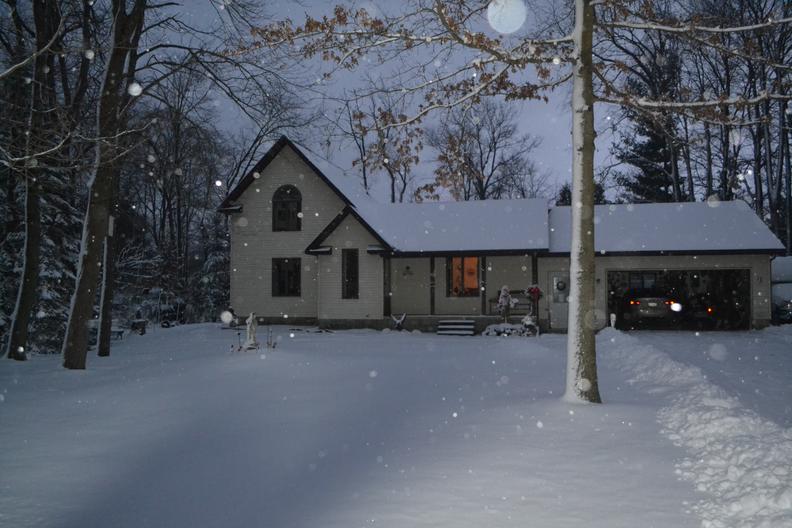 The meaning and significance of the images created by the Fremont people is not clear. 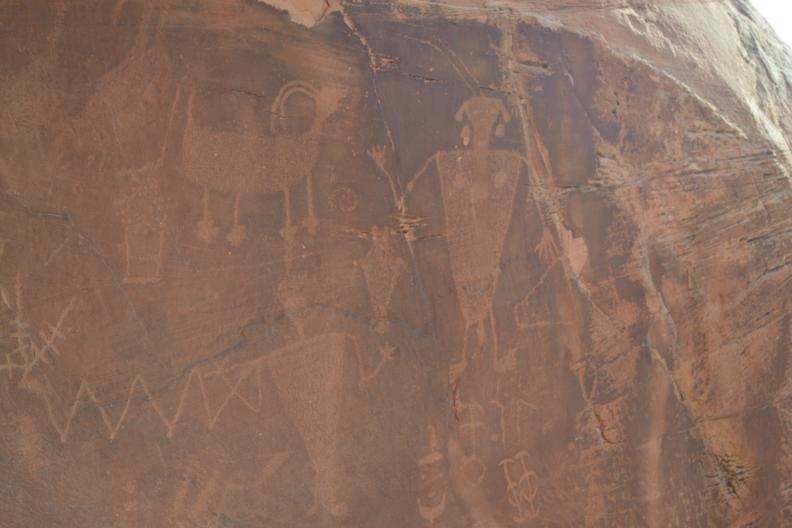 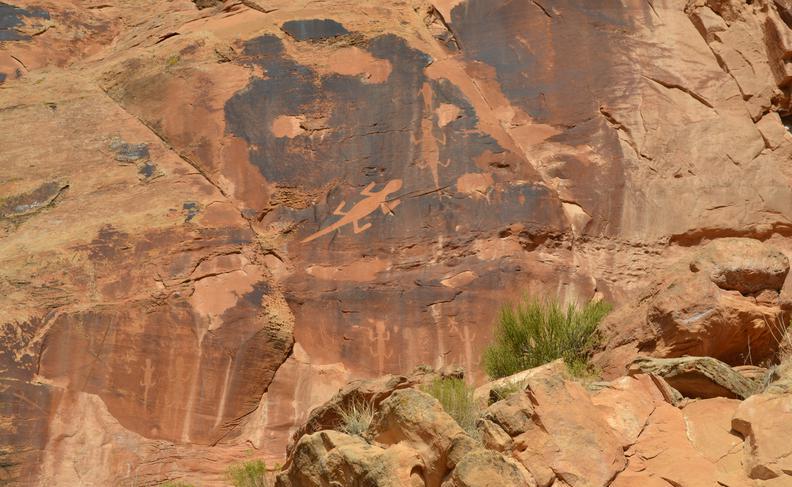 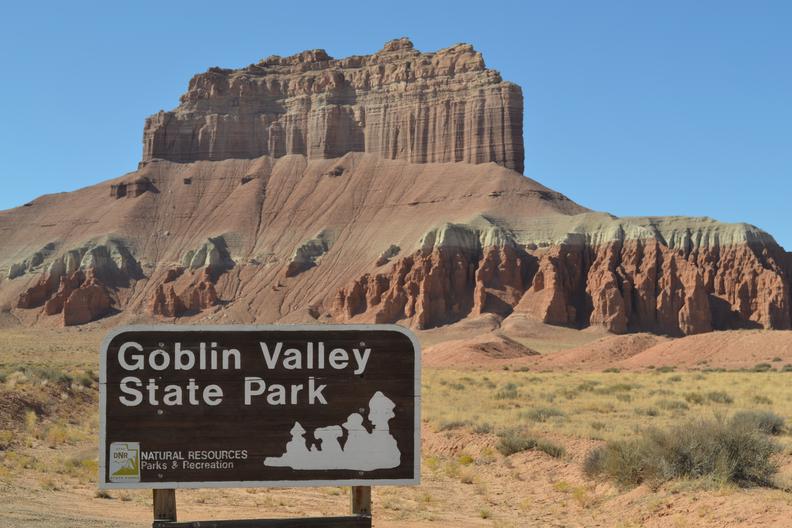 THE "THREE SISTERS" WATCH OVER THE STATE PARK 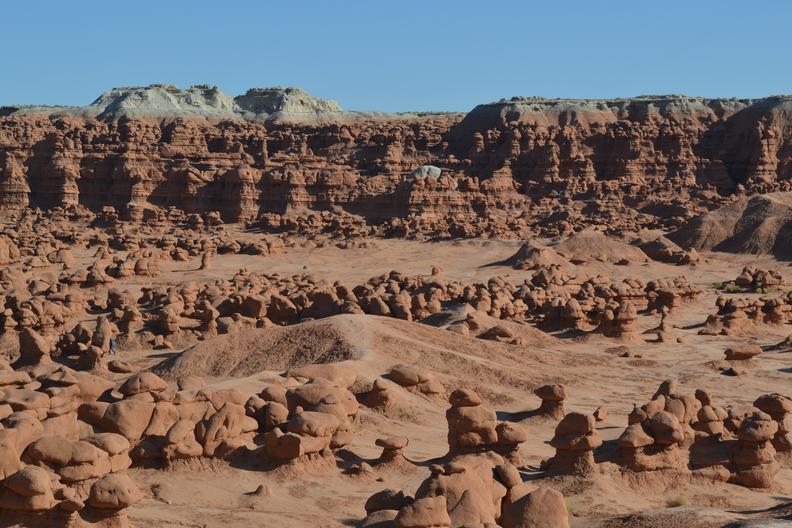 GOBLIN VALLEY
​"The park features thousands of hoodoos, referred to locally as goblins, which are formations of mushroom-shaped rock pinnacles, some as tall as several yards (meters). The distinct shapes of these rocks result from an erosion-resistant layer of rock atop relatively softer sandstone. Goblin Valley State Park and Bryce Canyon National Park, also in Utah about 190 miles (310 km) to the southwest, contain some of the largest occurrences of hoodoos in the world."   WIKIPEDIA 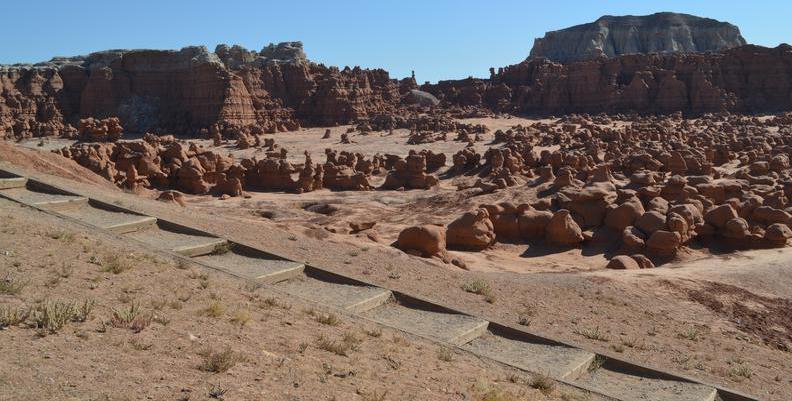 FOLLOW THE STEPS DOWN AND WALK AMONG THE GOBLINS 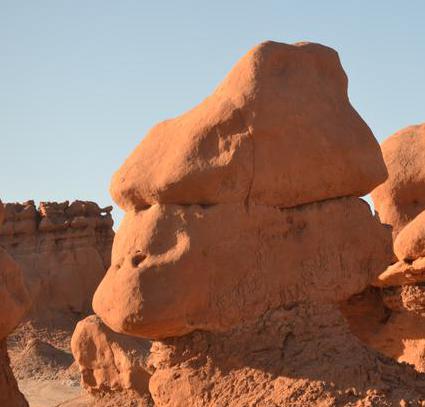 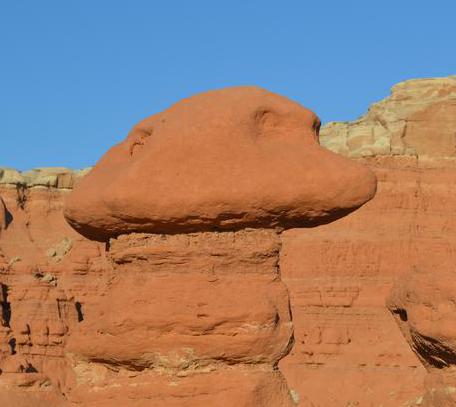 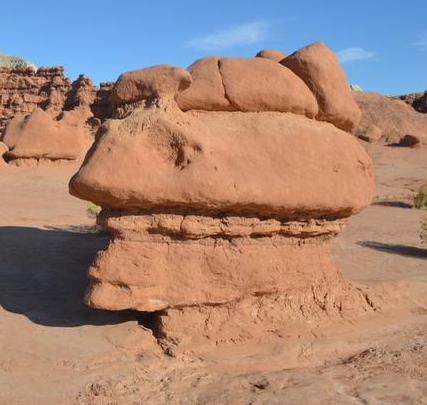 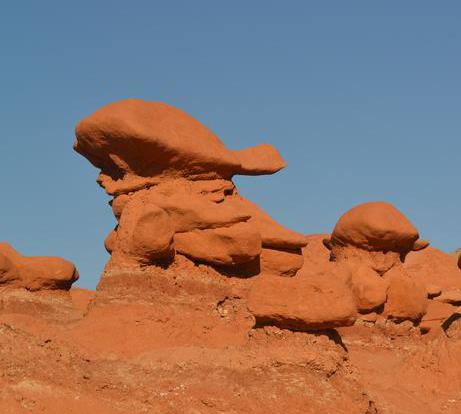 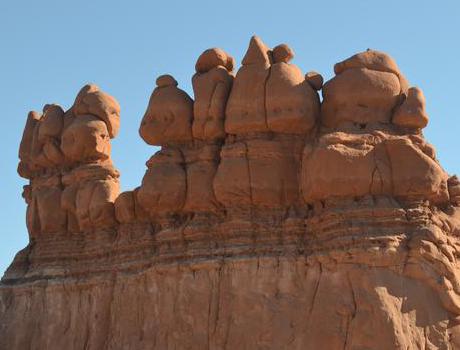 AND FROM NEARBY HIKING TRAILS 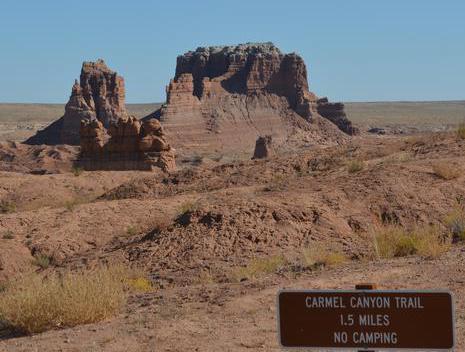 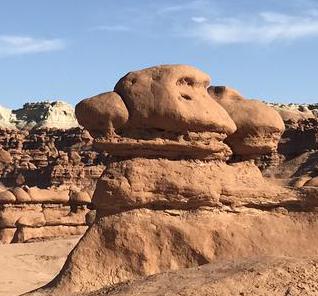